The countdown has come to an end!!! Tonight my short film, In Memory Of, is premiering in Downtown Toronto at 7:45 pm. If you’re in town, I’d love to see you there. You can get tickets at Imagine Cinemas. 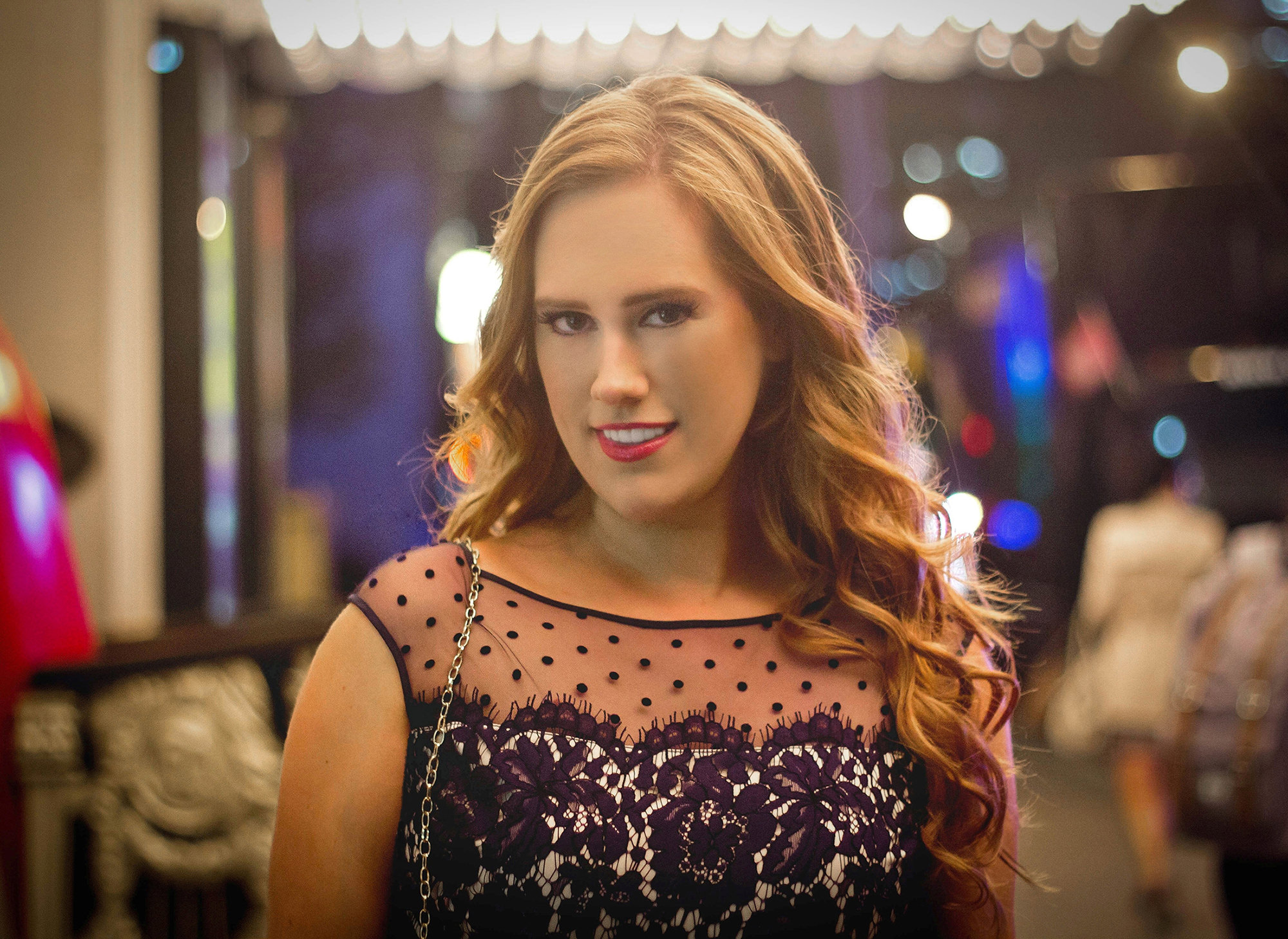 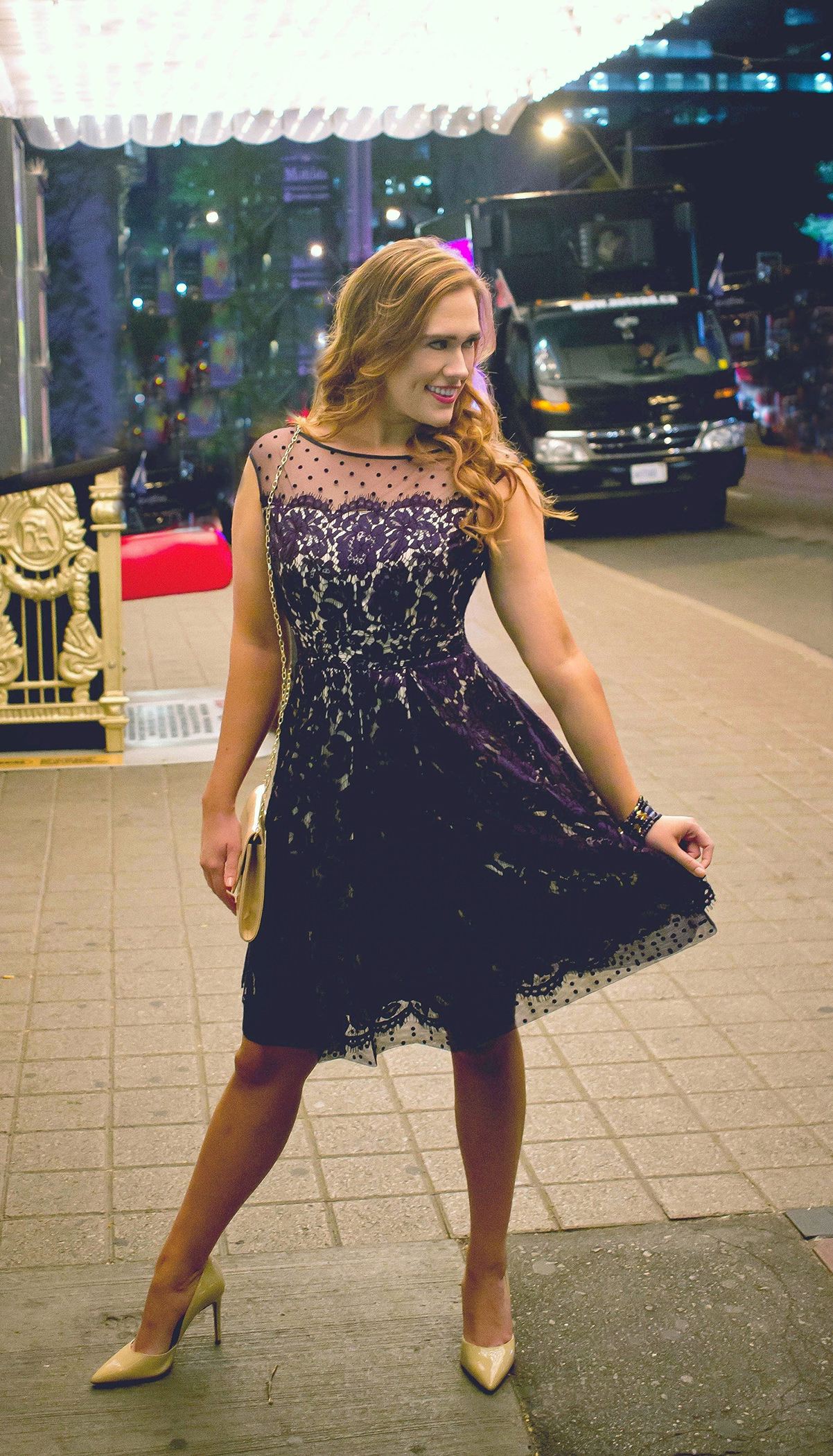 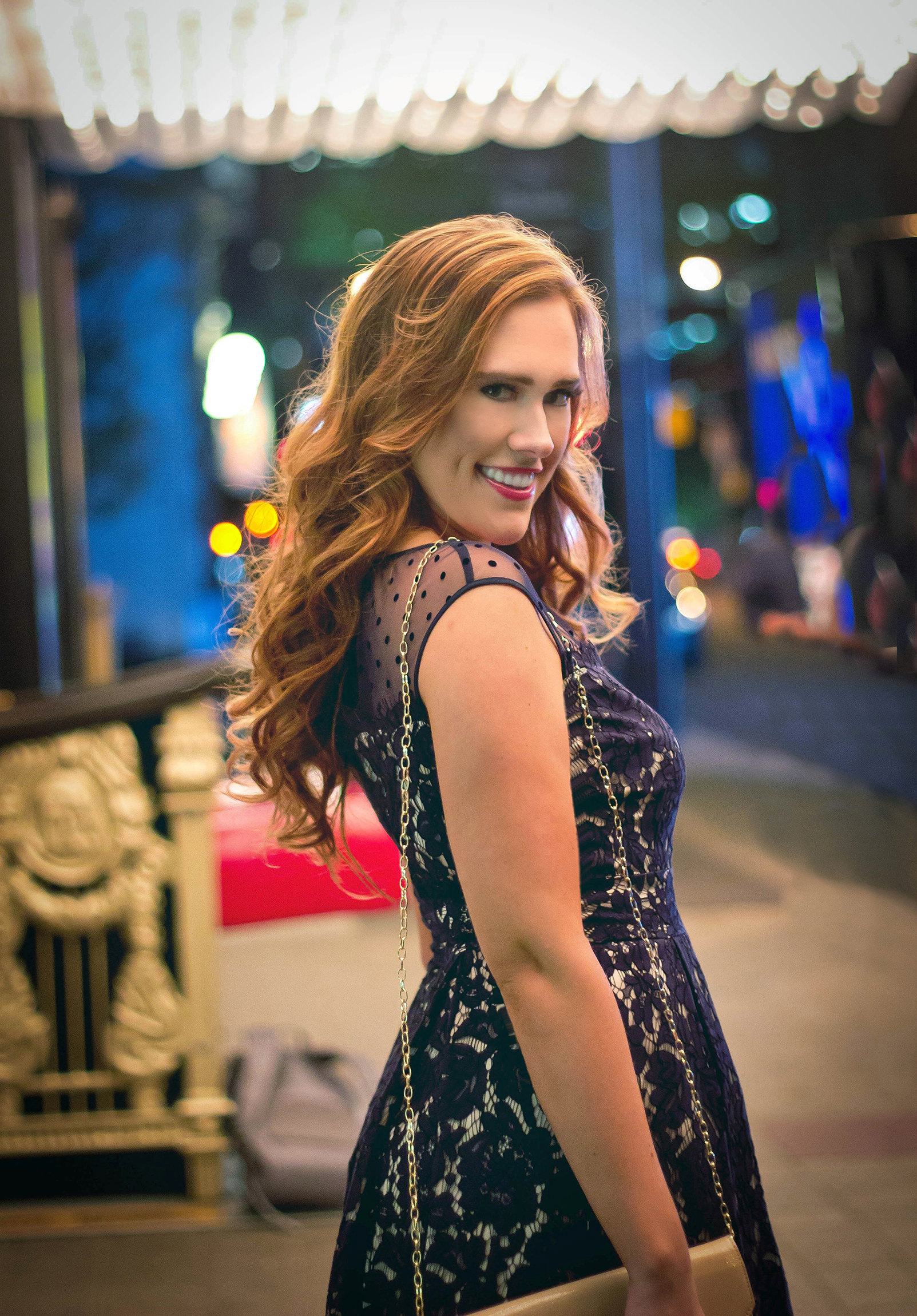 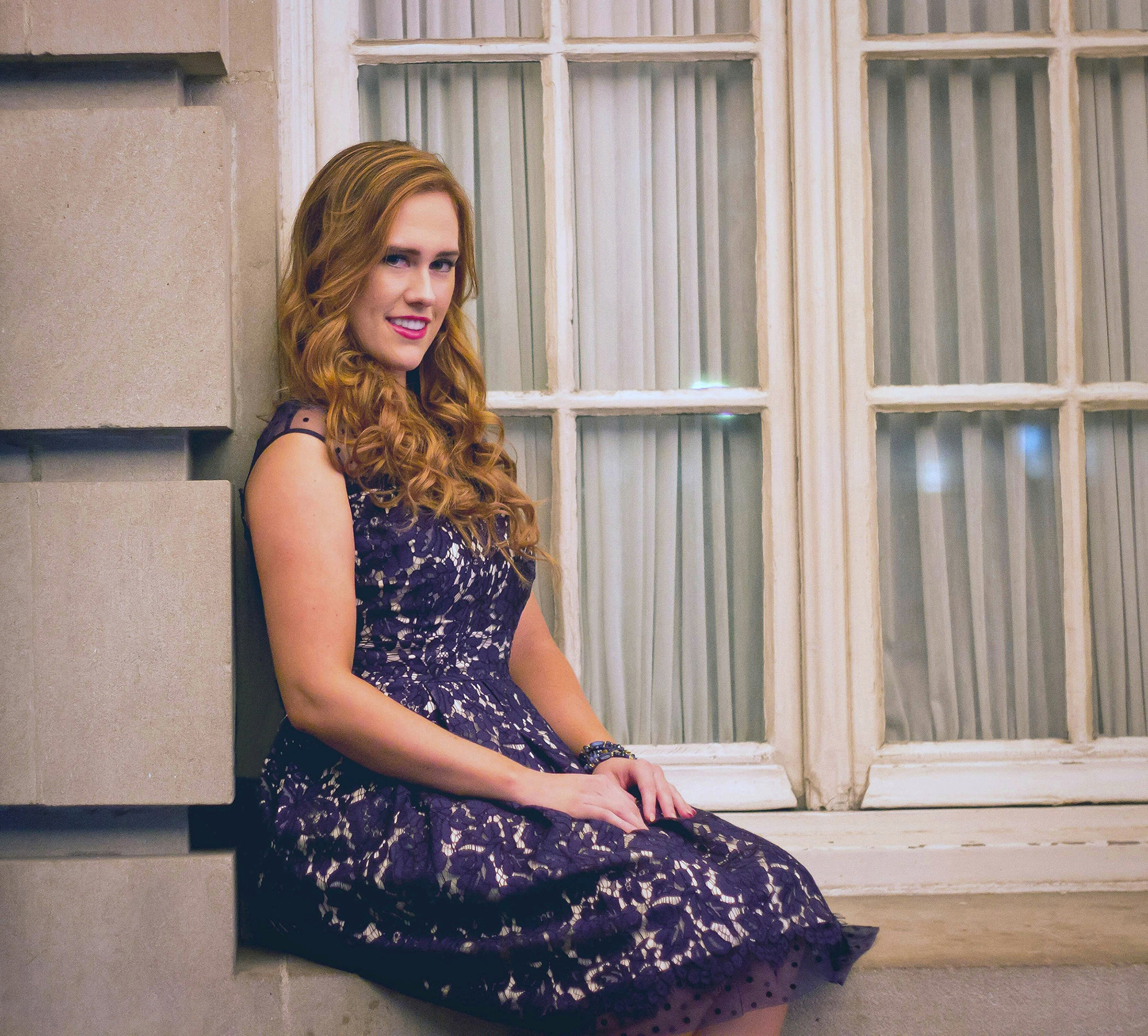 If you’ve never been to Toronto at festival time, come with me on a private tour of the city’s transformation. Hollywood temporarily pulls up stakes and unrolls its glamor tent in Canada…complete with red carpets, film premieres, celebrity sightings, and soirées. So many people pile into the streets yelling and calling out stars’ names that the entire experience feels like one big bash. 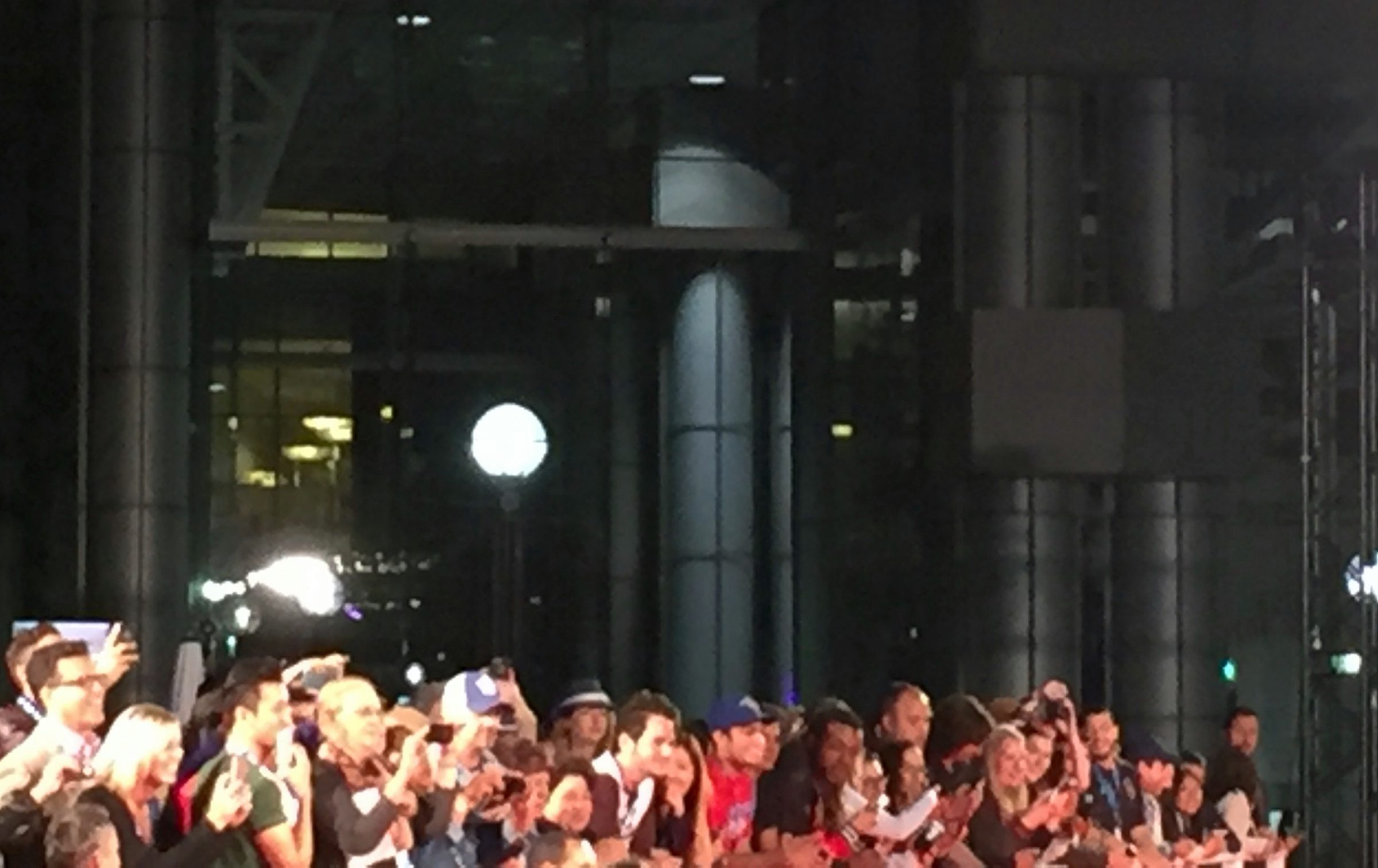 I love it all…the excitement, seeing new works, meeting new people, and picking out my favourite outfits for each event. This look is by Eliza J. She’s known for being more affordable than other popular fancy-dress designers while still providing looks that make heads turn.

Here’s a celeb-sighting tip: These pictures were taken while I was at The Ritz-Carlton, where a number of the stars have temporarily taken up residence. If you cannot afford to stay in a place like this, you can still hob knob with the film crowd by grabbing dinner or drinks there. 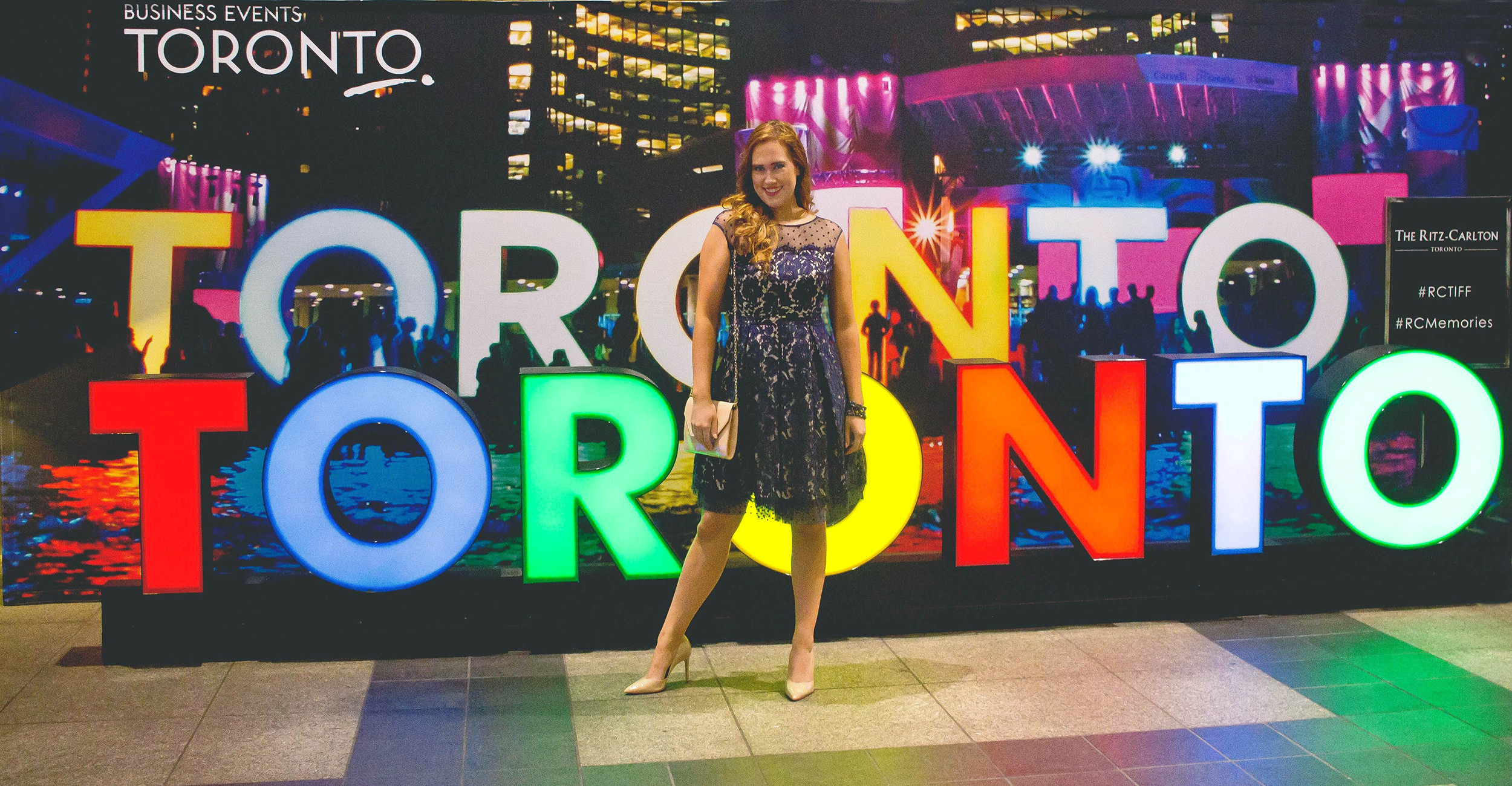 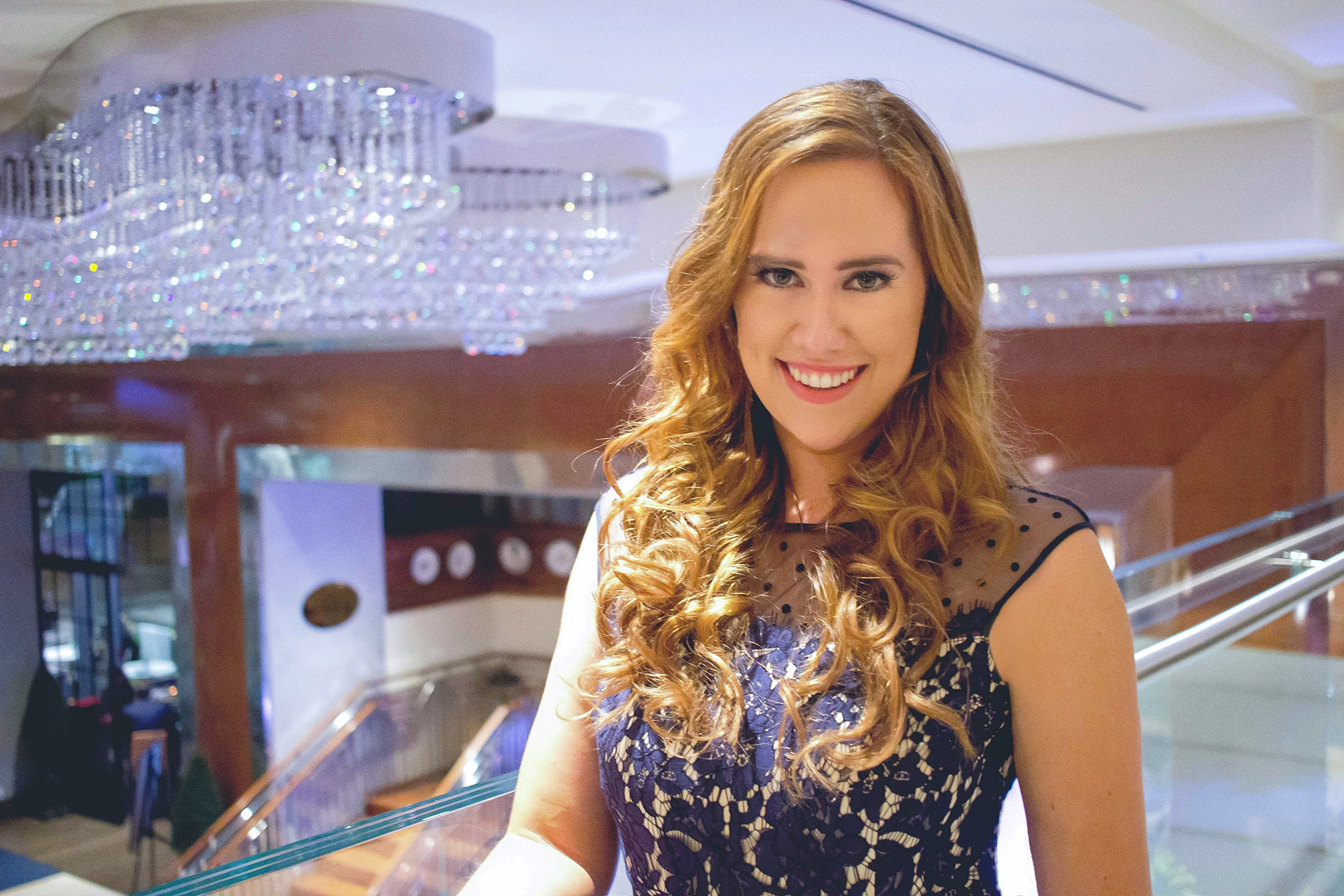 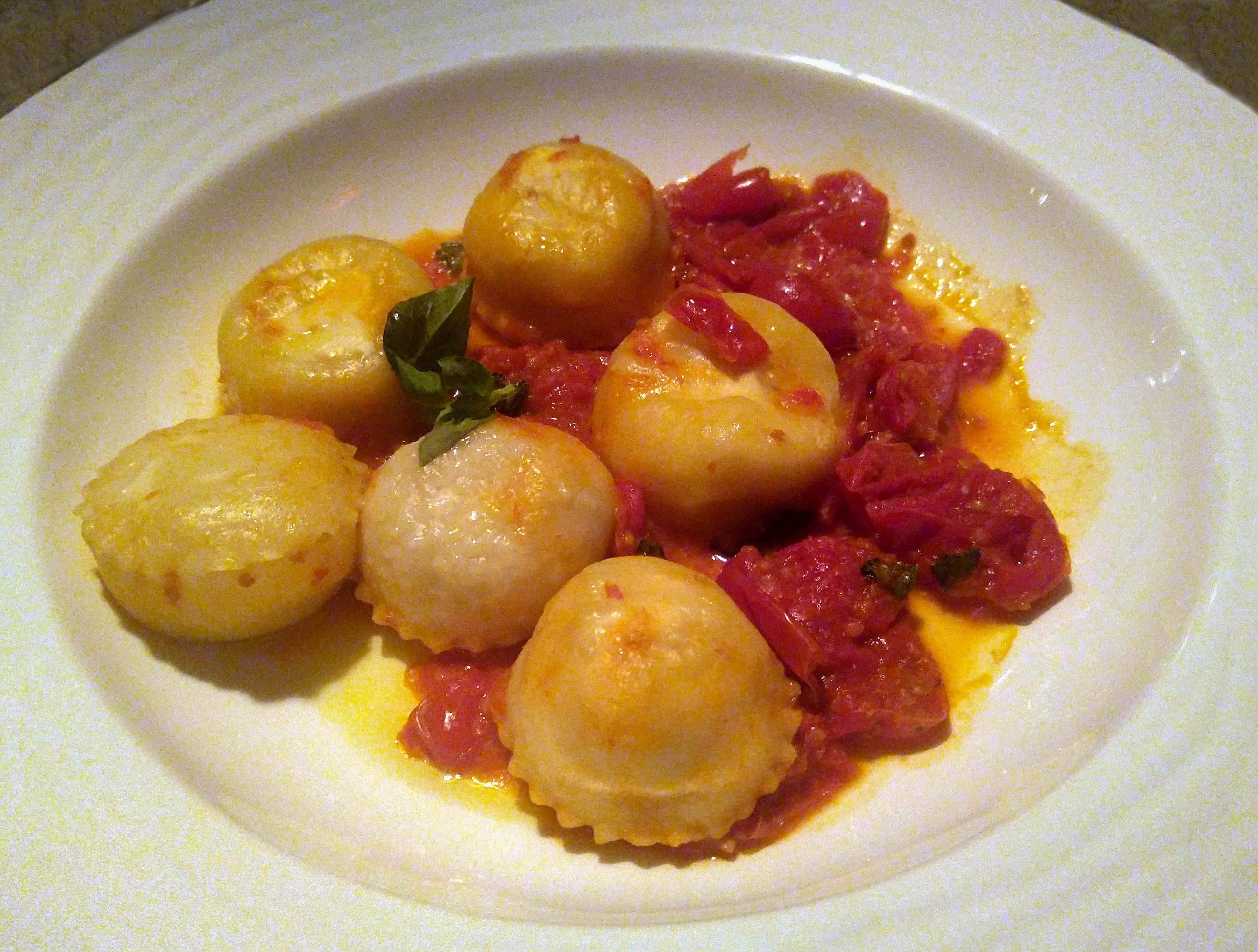 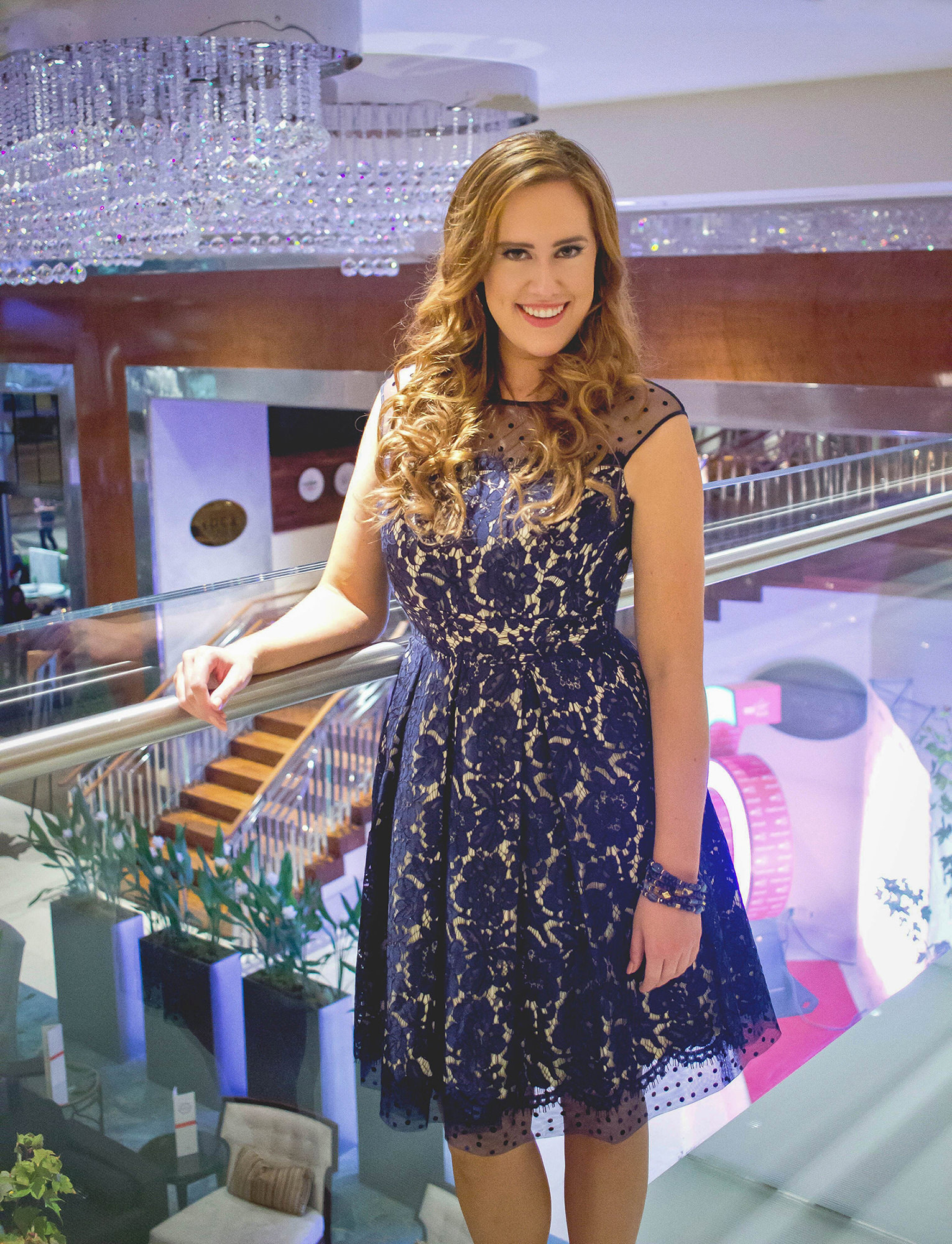 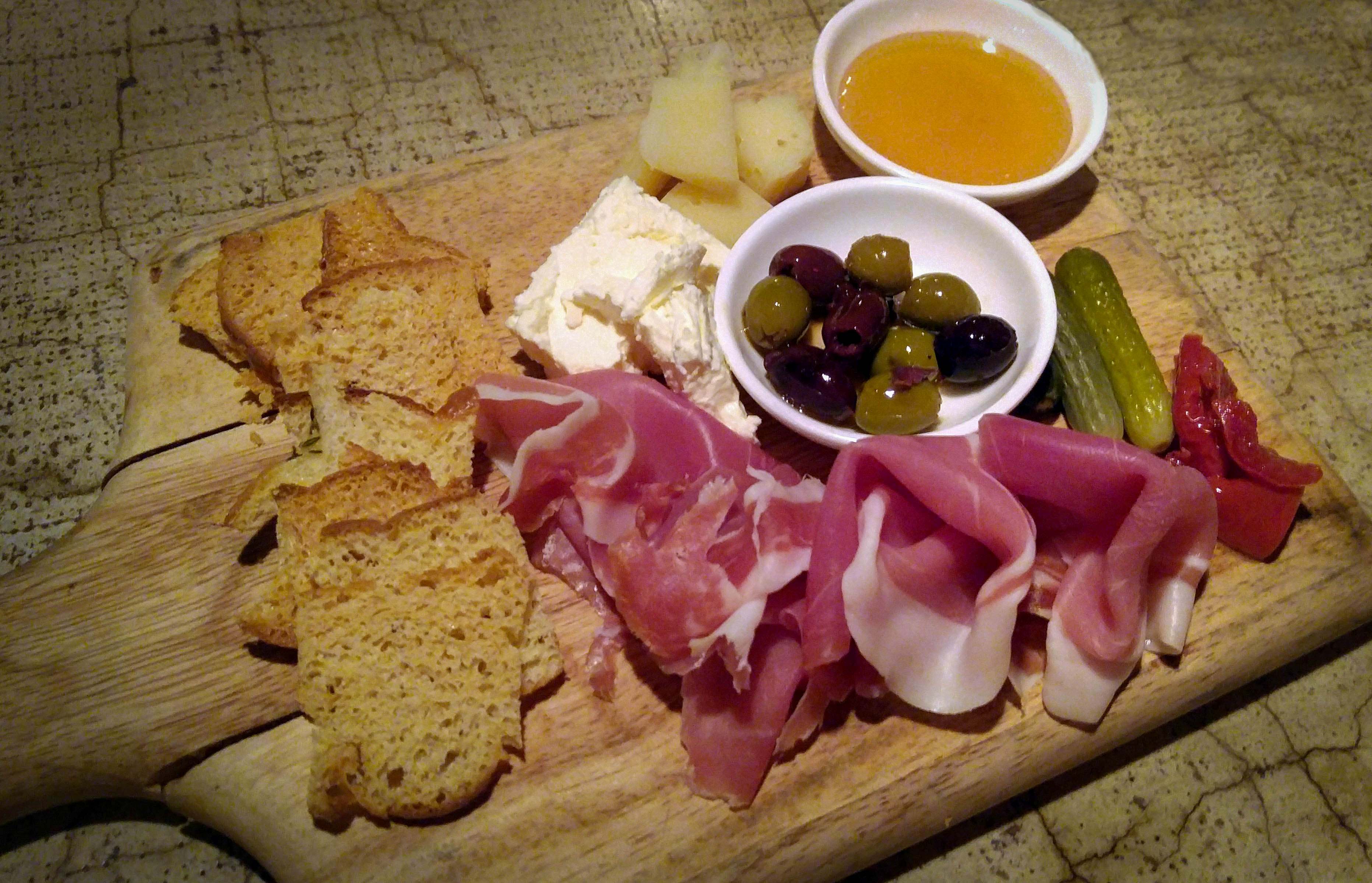 I’ve learned that celebrities are creatures of habit and like to share, so there are only four-to-five hotels in town where they stay. I’ve also learned that if you get a chance to brush shoulders with them, the best approach is to act real but low key, and refrain from hitting the photo button on your phone. Then most will treat you as though you belong there.

Since I’m not a celebrity, those rules don’t apply to your treatment of me. If you happen to see me here, please say “Hi.” I would love to meet you. Once after I attended an event, someone posted an Instagram comment saying that he saw me there. I wish he had approached. It would have been so much fun to get to know the person behind the photo and comment!

It’s a winter wonderland today in Western New York as volunteers are coming out in the snow to participate in the MLK Day of Service. Later on Spectrum News Buffalo, we’ll talk about how Martin Luther King Jr. embodied service, and how people are emulating his example. #MLKDay #IHaveADream #2021 ...

When I started my reporting shift this morning, the sun wasn’t even up yet, but the Buffalo Bills fans were. They were too excited to sleep as they anticipated the team facing down the Indianapolis Colts today at their home NFL playoff game. #BuffaloBills #TeamSpirit #NFLPlayoffs #MMJ ...

Now, you can not only sing along with the Buffalo Bills SHOUT Song, you can dance along too! As a news reporter, I get to cover many exciting fan stories. Ever since I posted one about the viral Bills SHOUT dance, fans have messaged me asking to learn it. The full dance tutorial is on my YouTube channel: Katherine Chloé Cahoon. We’re headed to the Bills’ first home NFL playoff game in 25 years. So, dance, shout and show your team spirit! #GoBills #BuffaloBills #BillsShoutDance #NFLPlayoffs ...

I’m learning the popular Bills Shout Dance directly from some of the creators themselves, and doing it with them. These two performed in the viral dance video that I featured on Spectrum News! I will be posting more on this as the Bills proceed into the playoffs. #GoBills #BuffaloBills #TeamSpirit ...

Last Saturday, the Buffalo Bills landed their first AFC East title in 25 years. By Monday, the team had captured the #2 spot in the AFC playoff standings, and Hamburg’s Future Dance Center had created a Bills shout dance for tonight’s face-off against the Patriots. On Tuesday, I filmed the dance and interviewed the dancers, who have performed with the likes of Justin Timberlake, Rihanna and Janet Jackson. I’m posting my interview today so fans can dance and shout as they cheer on the Bills. COVID-19 restrictions can keep us from being in the stadium, but they cannot keep us from supporting our team. #BuffaloBills #GoBills #Reporter ...

My photographer, Dom, and I are daring the winter storm to bring you up-to-the-minute reports. #WesternNewYork #Journalist ...

When I was young, my mother explained that Christmas is about love. Regardless of whether you are Christian, like me, and today you celebrate the pure love of Christ, or you have other beliefs, this sentiment fits the season. As a reporter and fill-in anchor in Western New York, I have seen the challenges faced by so many in this extraordinary year, and how each act of kindness has made them a little easier to bear. Merry Christmas! #Christmas2020 #Love ...

The world is honoring the Tony Award-winning Broadway star, Ann Reinking, upon her passing. She will always be remembered as the muse for Bob Fosse, the famous jazz dance choreographer. I will always cherish the privilege of learning Fosse style at Ann’s side. She was an icon who took the time to work with other dancers and make a difference in their lives. #AnnReinking #BroadwayHistory #RIP #Jazz #Dance ...