If you regularly brave variable winter weather, you know a scarf is the must-have accessory. I learned this tip by moving to Wyoming, the land of gyrating barometers. We have can endure a blizzard one day and enjoy tropical weather the next. My survival tactic is providing a permanent spot in my car for a scarf. 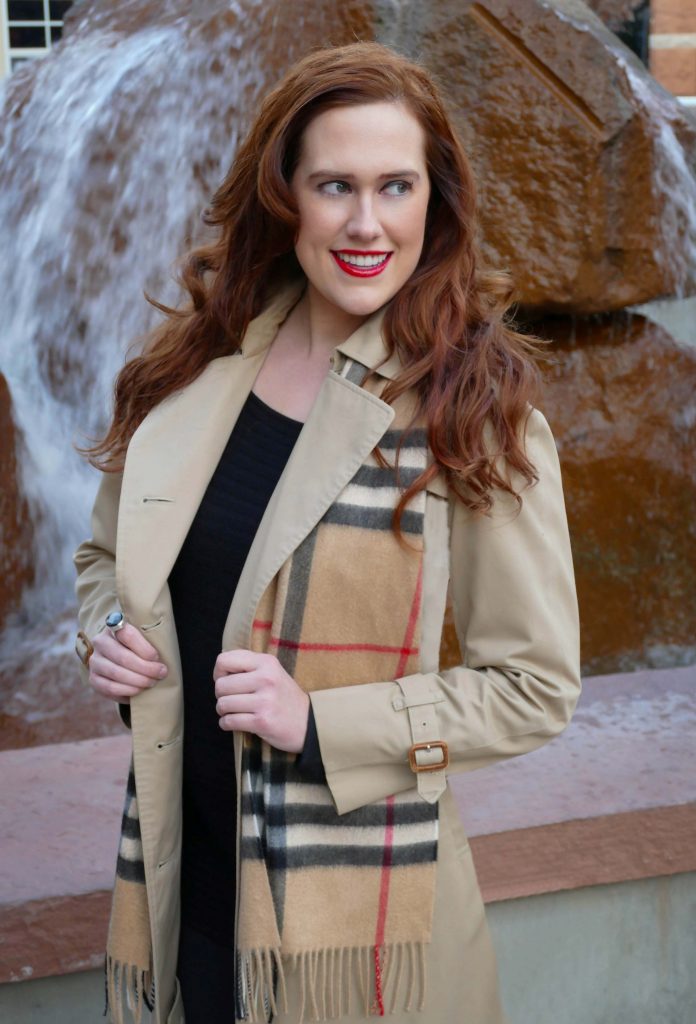 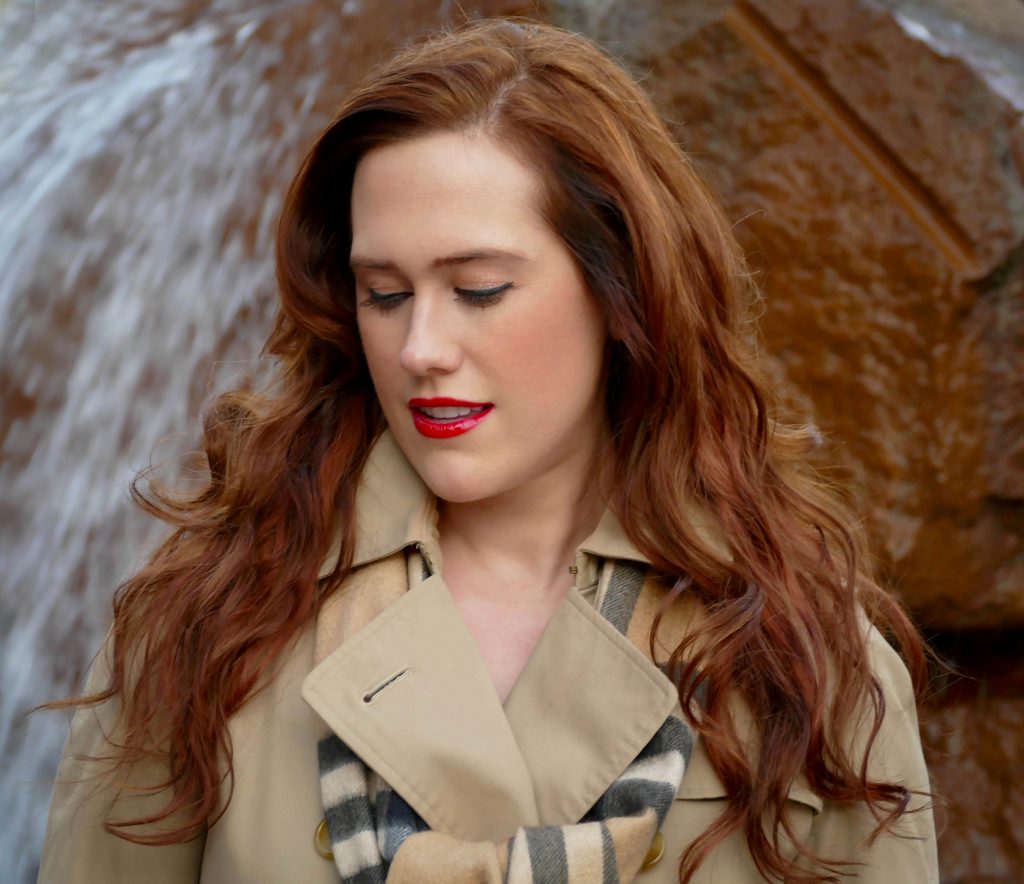 And my close encounter occurred in a snow storm, no less! When the day started, I couldn’t have foreseen any of this! After being outside for hours filming the unfolding drama, I had to broadcast the climax live. By then, although, I had worn fleece leggings and a thermal top, my neck was frozen. 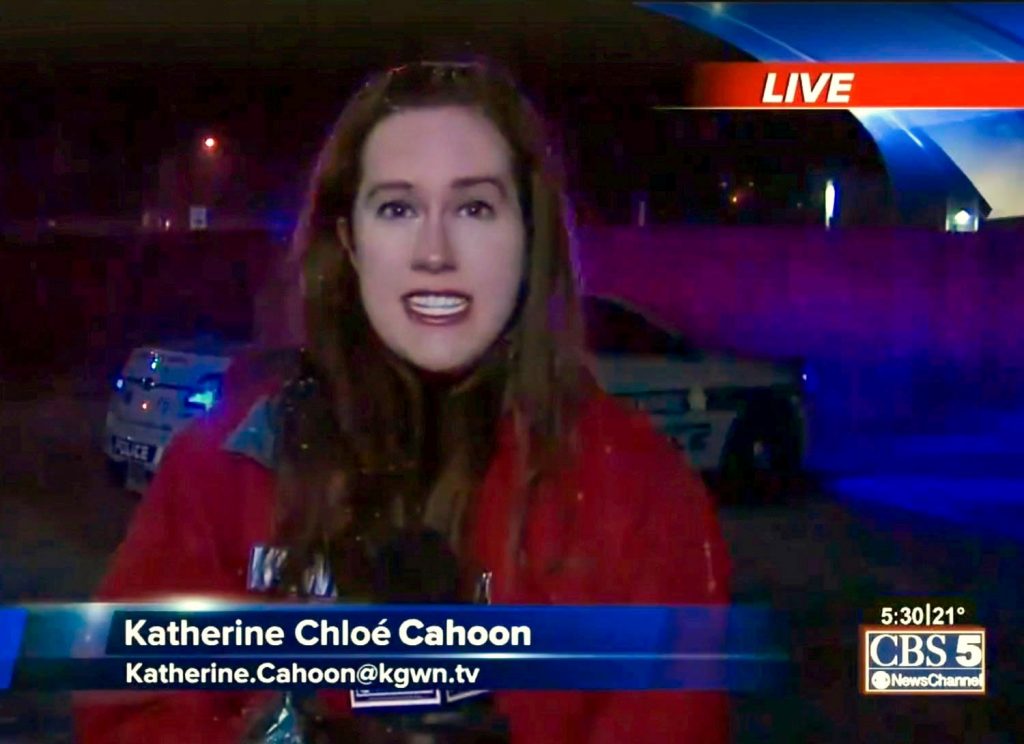 That’s when I learned to always have a scarf on hand. 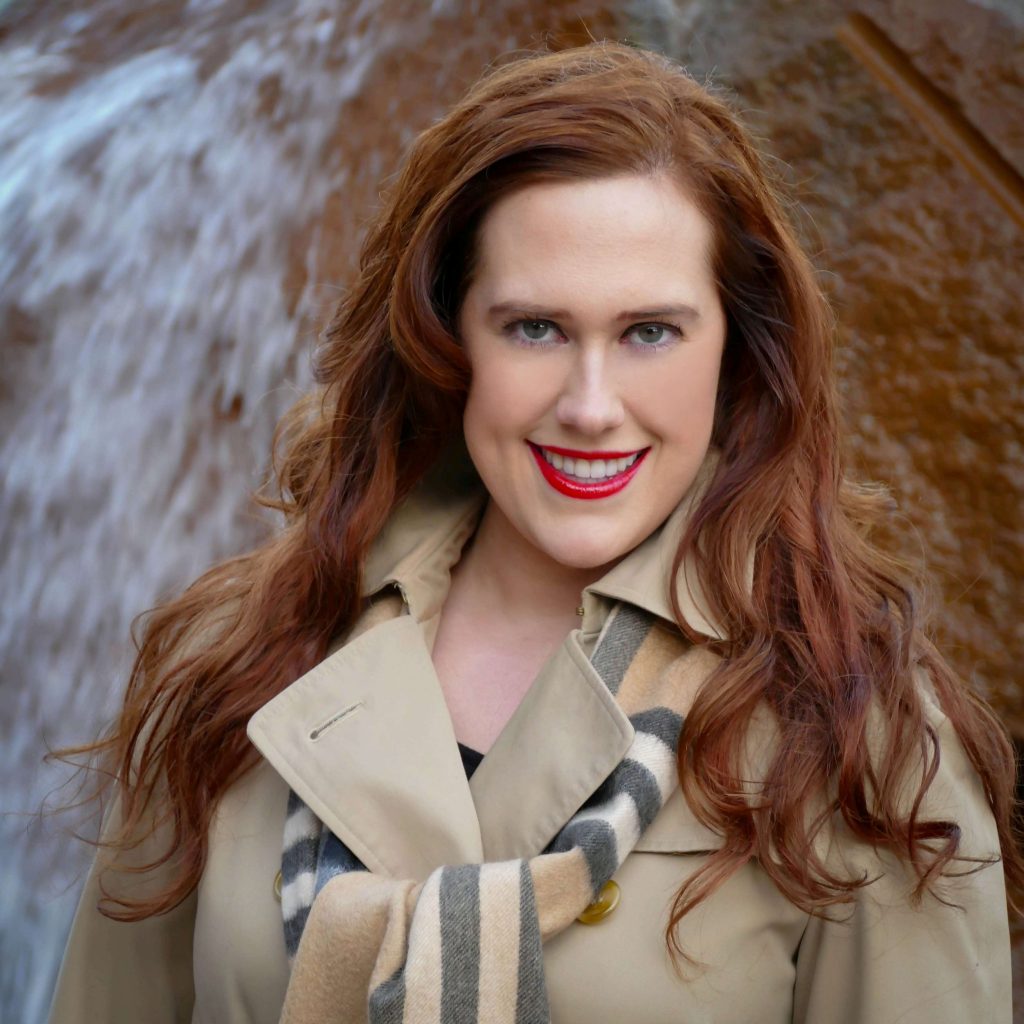 One of my winter favorites is this classic Burberry cashmere. 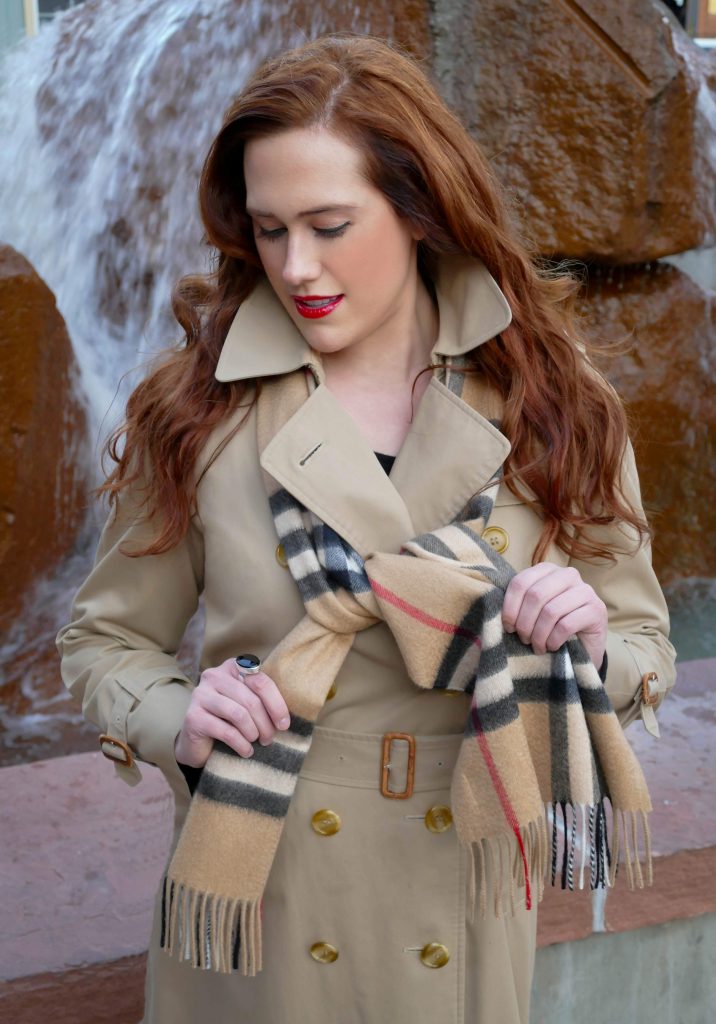 This trench coat was my mom’s. She bought it when she was my age, which proves that the Burberry brand is enduring! Several years ago, we were having dinner on a winter night, seated next to the window at Seattle’s Space Needle. The panoramic view was beautiful, but I was cold, so she gave me her coat. I’ve worn it ever since. 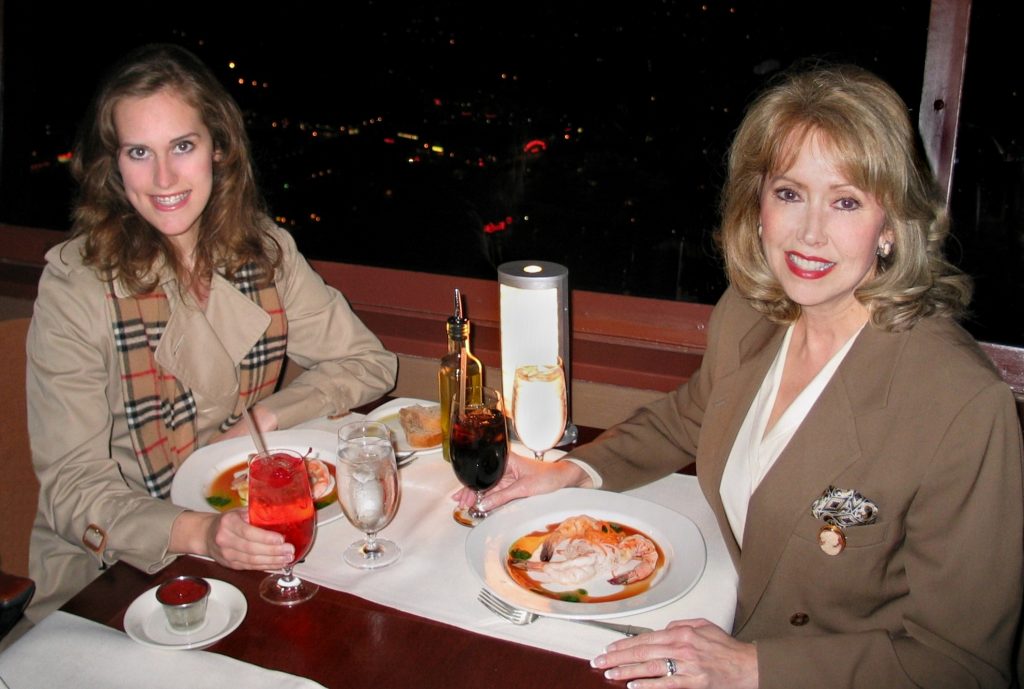 Come to think of it, I have a long tradition of wearing her clothes. Here I am at about 1 ½ years, all dressed up in her heels and hat, getting her handbag ready so we can go out shopping. 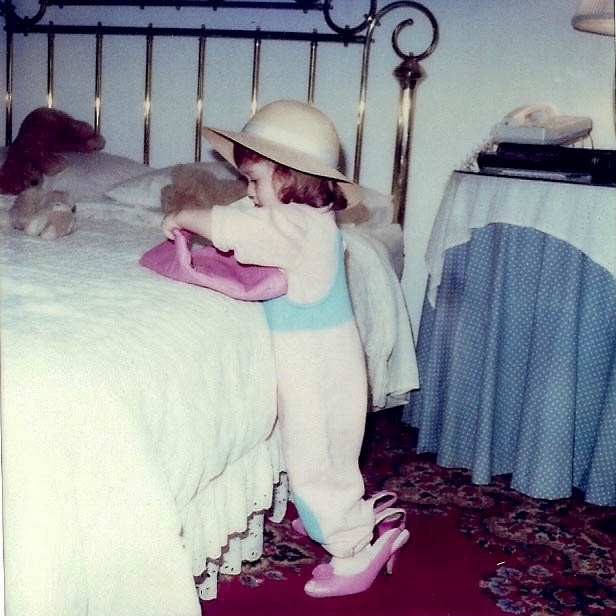 Click here to cancel reply.
The Governor’s Arts Award Goes To… » « May the Year 2018 Shine Bright for You
Meet Katherine