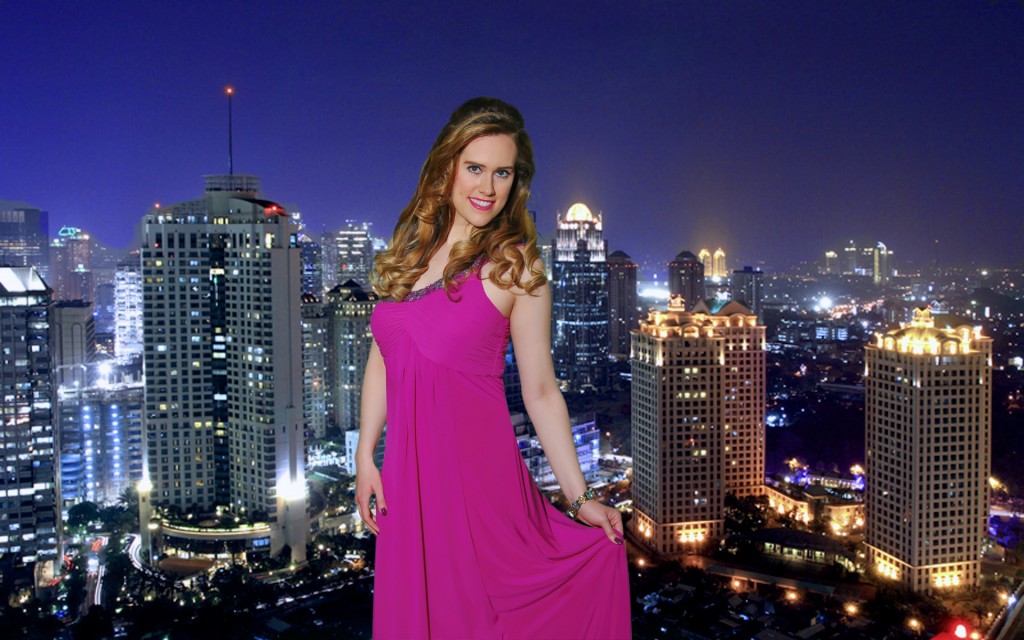 I just won three awards at an international film festival in Jakarta, the world’s 12th largest city according to Nations Online. Apparently Jakarta is all about romance. But I Do was selected for its romantic theme. One award was for the overall film, and the other two were given to me as best producer and best leading actress. This is a little humorous considering that one of the major jobs of a producer is to bring a film in on budget. What budget??? Like all my videos, But I Do was unfunded. It was made by the contributions of 92 people who pulled together because they loved the project. The film is being shown tomorrow, December 6th, in the Russian Culture Center (Diponegoro 12, Menteng, Jakarta) at 10:25 AM. I wish I could have been in Jakarta for the awards ceremony. It was a formal event with dignitaries and flags from the countries of the people being honored. As you can see from this picture, I was there in spirit!

This is Neil Haskell, who plays King George in the Broadway touring production of “Hamilton.” If you’re a “So You Think You Can Dance” fan, you’ll remember when he charmed America and danced his way into the finals. I was thrilled to interview him for a news story! He is truly down-to-earth and engaging. Later, I’ll post the interview. #Hamilton #SoYouThinkYouCanDance #Buffalo #NewYork #Journalist #Reporter #NewsAnchor ...