Last weekend, my short film, In Memory Of, premiered at the Carlton Cinema in Downtown Toronto. It completely sold out! The manager set up all the metal chairs he had in the back, and that wasn’t enough. So many more people clamored for tickets that he let some of them watch while standing, squeezed into corners, and even sitting on the steps in the aisles. The rest were turned away. What an unforgettable experience!! 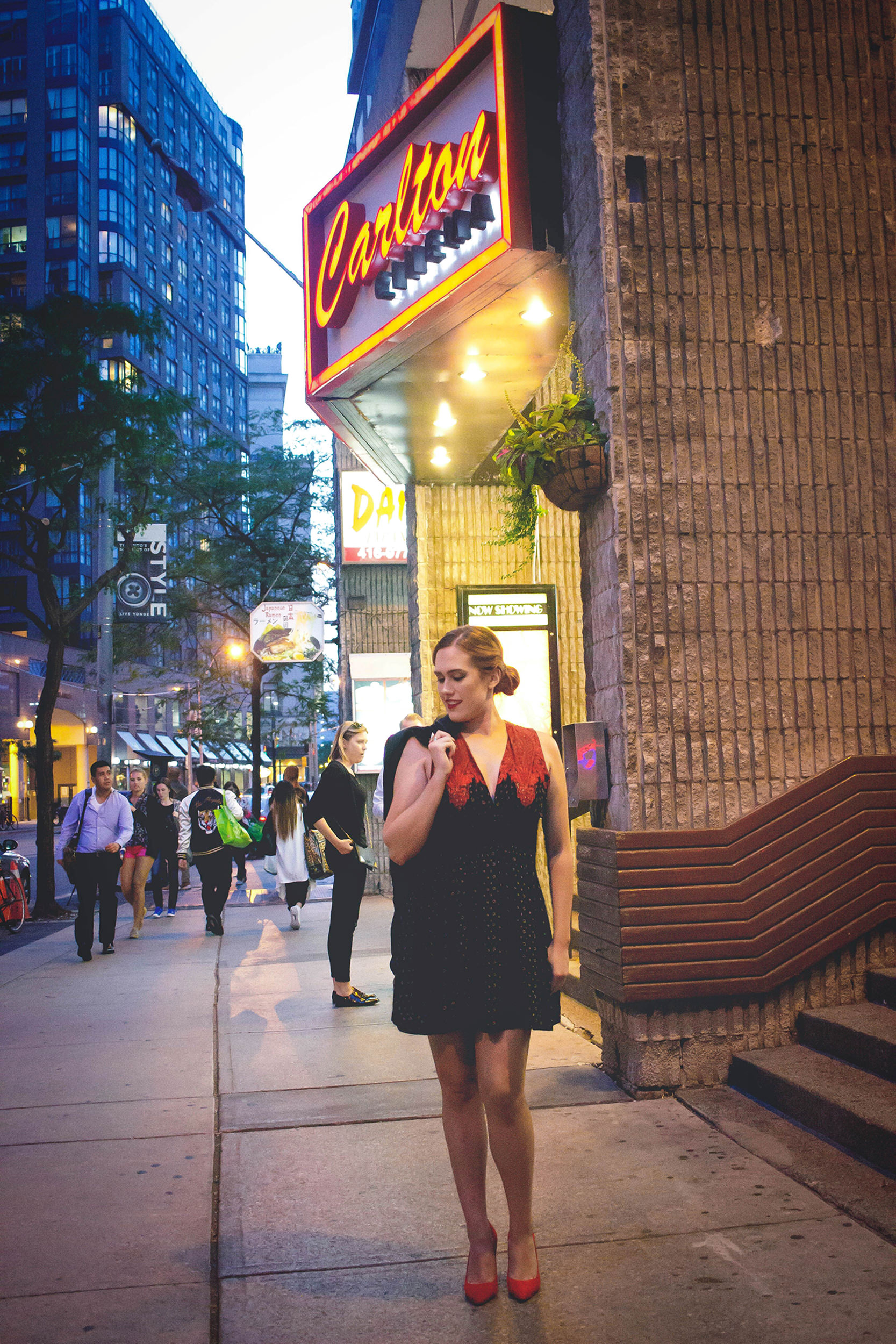 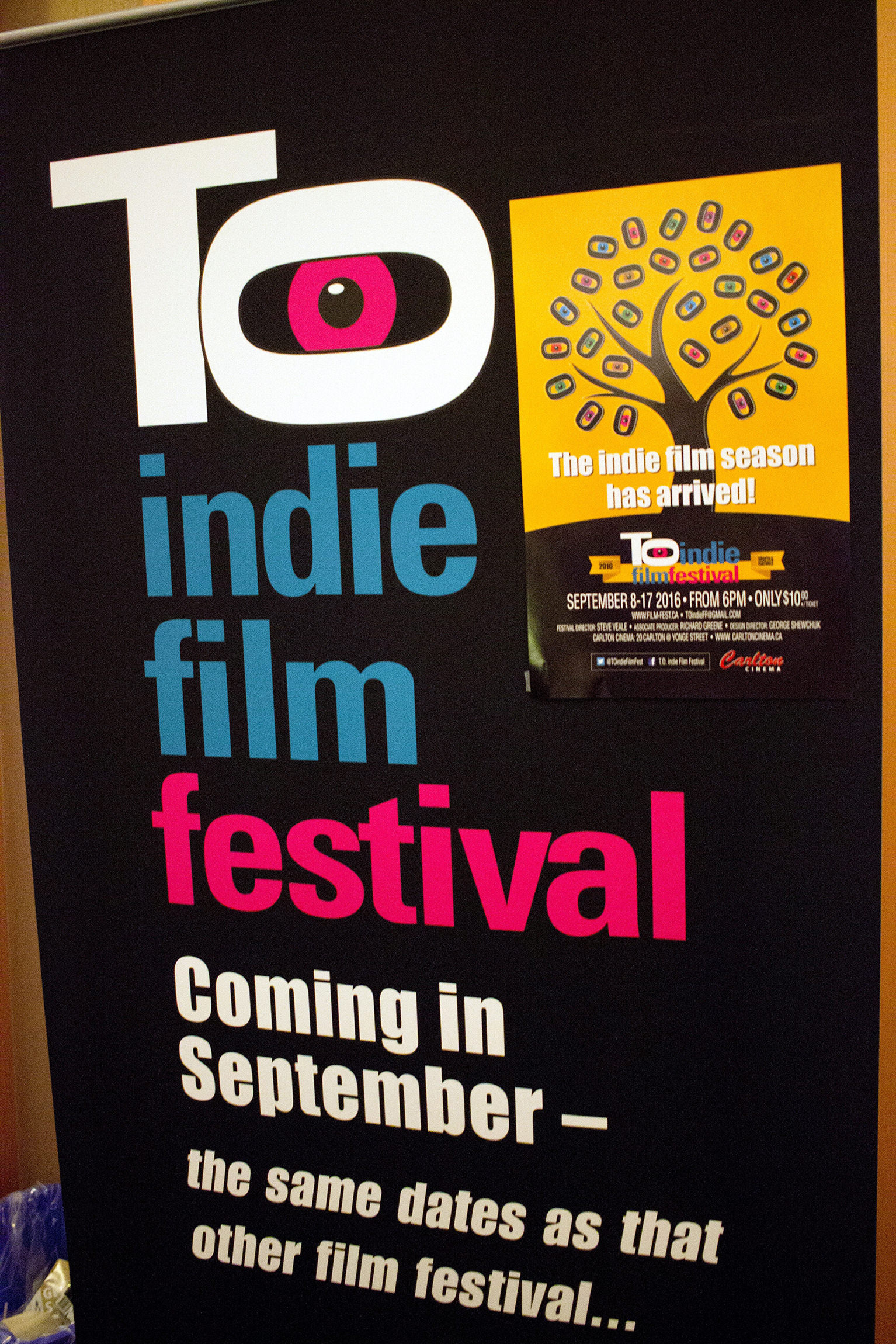 I deeply appreciate everyone who worked on this event, and everyone who came. They were all so friendly and complimentary. Because of the environment they created, this wasn’t just a wonderful experience for me, it was terrific for all of them. 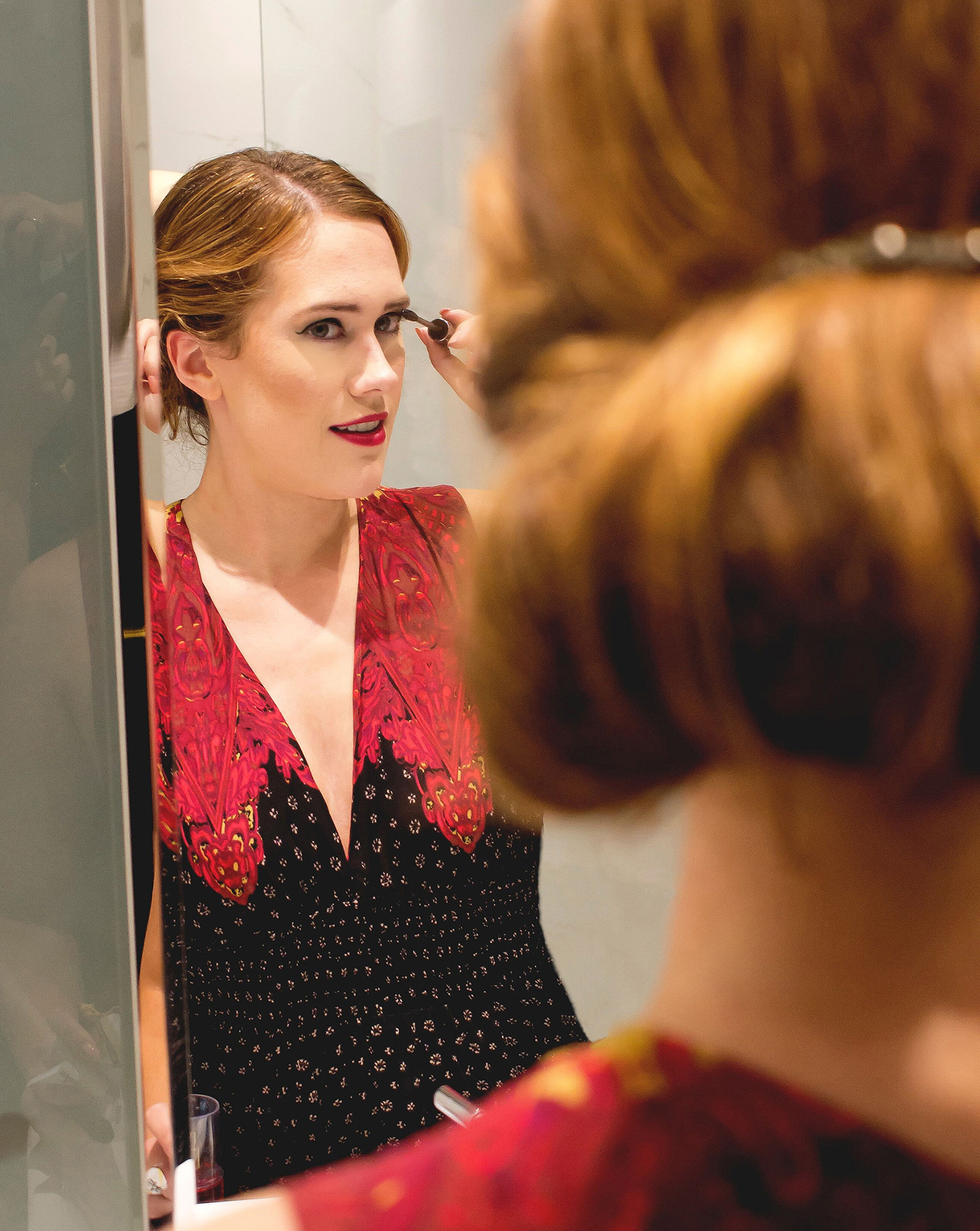 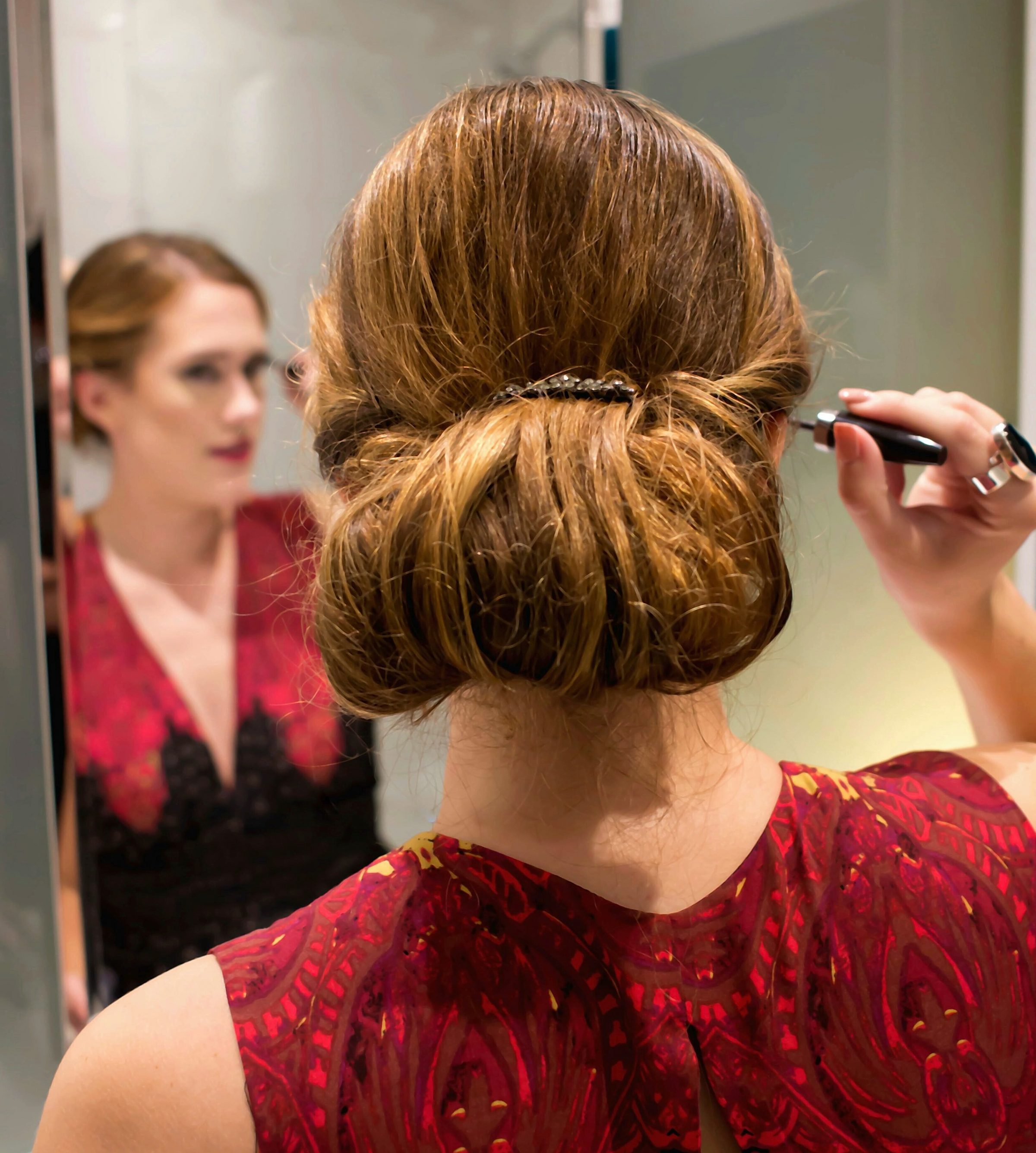 The same was true of the entire city during the festivals. I enjoyed each person I met during my stay in Toronto. The most impressive person to me, though, was Steve Veale, the director of the Toronto Independent Film Festival. He always manages to remain charismatic and calm, even when craziness is going down…and you know that in a party atmosphere with sold-out crowds, there is bound to be some craziness. When you see the video interview I did with him, you’ll completely understand. I’ll post it after I get home and can spend some quality time with my Final Cut Pro. 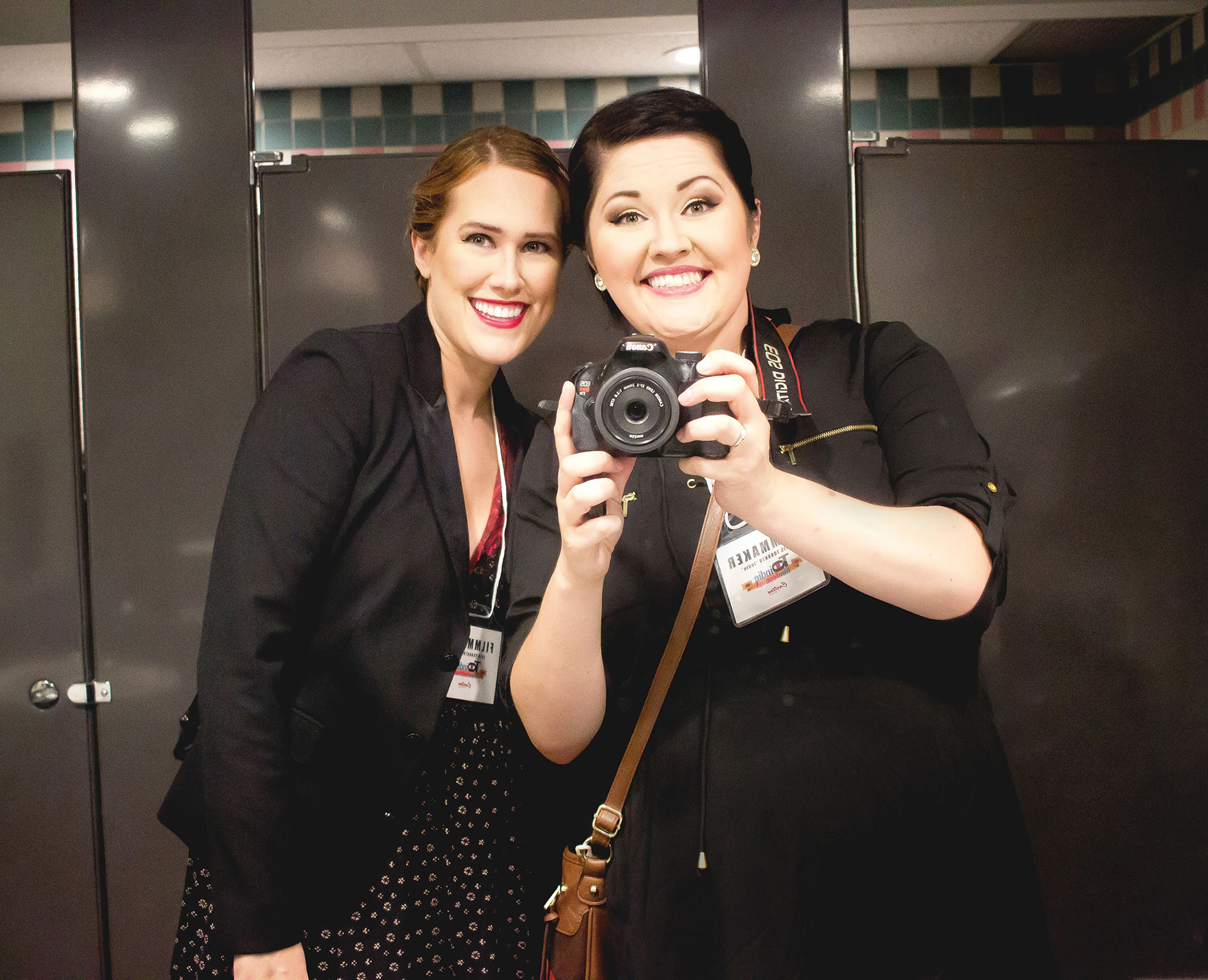 Due to screenings of my film, I’m currently not allowed to put it on the Internet. I’ll do that when I can. In the meantime, here are some more screenshots.

Later this week, I will write reviews on some of the feature films I saw premiering in Toronto. That way, you’ll be on the cusp of the film scene for the general release.

Exploring is one of my favorite pastimes, and there’s no better place to do it in than Western New York! #NiagaraGorge #NewYorkState #Outdoors #Explore ...

Normally, a rainy day wouldn’t keep fans away from Bills Stadium for an opener, so reporting before the game outside an empty arena felt surreal. Bill Fans, how are you supporting your team now that COVID restrictions prevent you from entering the stadium property? #BuffaloBills #GoBills #BillsReporter ...

Did you know that there is such a career as a mushroom forager? Have you ever wondered where the delicious wild mushrooms come from at local farmers markets? Meet Quincey Widger, a professional Western New York forager. She took me on an expedition for this story. The full version is on SpectrumLocalNews.com #Explorer #Organic #Produce #Food #Outdoors ...

While out reporting, I made this lovable friend. He was an integral part of one of my stories. I will post it later today. #WesternNewYork #Reporter #Journalist #MMJ #Nature #DogLover ...

Adventure amid rambunctious waves cresting at a height of twenty feet—that describes a day’s work. I loved filming this story from a chase boat. The full version is on SpectrumLocalNews.com #NiagaraFalls #Whirlpool #Reporter #MMJ ...

“The question is not what you look at, but what you see,” explained Henry David Thoreau. In Western New York, we see beauty in nature everywhere. ...

Students in Western New York are dedicating some of their summer vacation to make prosthetic hands for kids in need living in Ghana and other developing counties. I was touched by the compassion and commitment of these students. Here is part of my story. The full version is on ‪SpectrumLocalNews.com‬ #HandInHand #SummerBreak ...

Today, I’m working on an inspiring story about a Western New York marathoner who shattered his leg and was told he would never run again. Instead, he conquered an Olympic Distance Triathlon and so much more. Here is a preview. My story airs tonight on Spectrum News Buffalo. #BeatingTheOdds #Perseverance #Fortitude ...