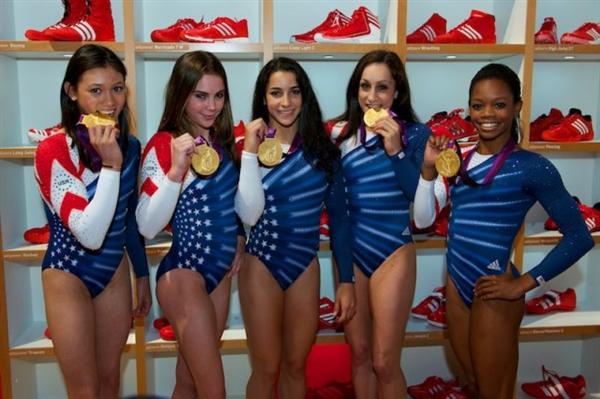 The U.S. Olympic women’s gymnastics team! According to The Wall Street Journal, during their first-place competition, our girls shared 55 individual hugs with teammates and coaches and five group hugs—more than any other team. They also freely hugged competitors who were feeling crestfallen after their performances, and those who had done well. Most of us can’t even walk on a balance beam without wobbling, much less doing acrobatics, but we can all show each other that kind of support. I especially enjoyed watching the Olympics this year since I’ve spend so much time living in London. It was a terrific host city. If any girls are still there and want to know where to go to have a high time, just ask. There’s something for everyone.