Where is the place to be come September? That’s a total no-brainer. Toronto! The city’s namesake International Film Festival and Independent Film Festival run in tandem from the 8th through the 17th, making Toronto a feast for film-goers and celebrity-seekers.

With Steve Veale at the helm of the indie fest, it’s no wonder that it has been crowned “one of North America’s top festivals for micro and no-budget films.” Here’s a picture of him that was taken when I won Best Music Video there for But I Do. 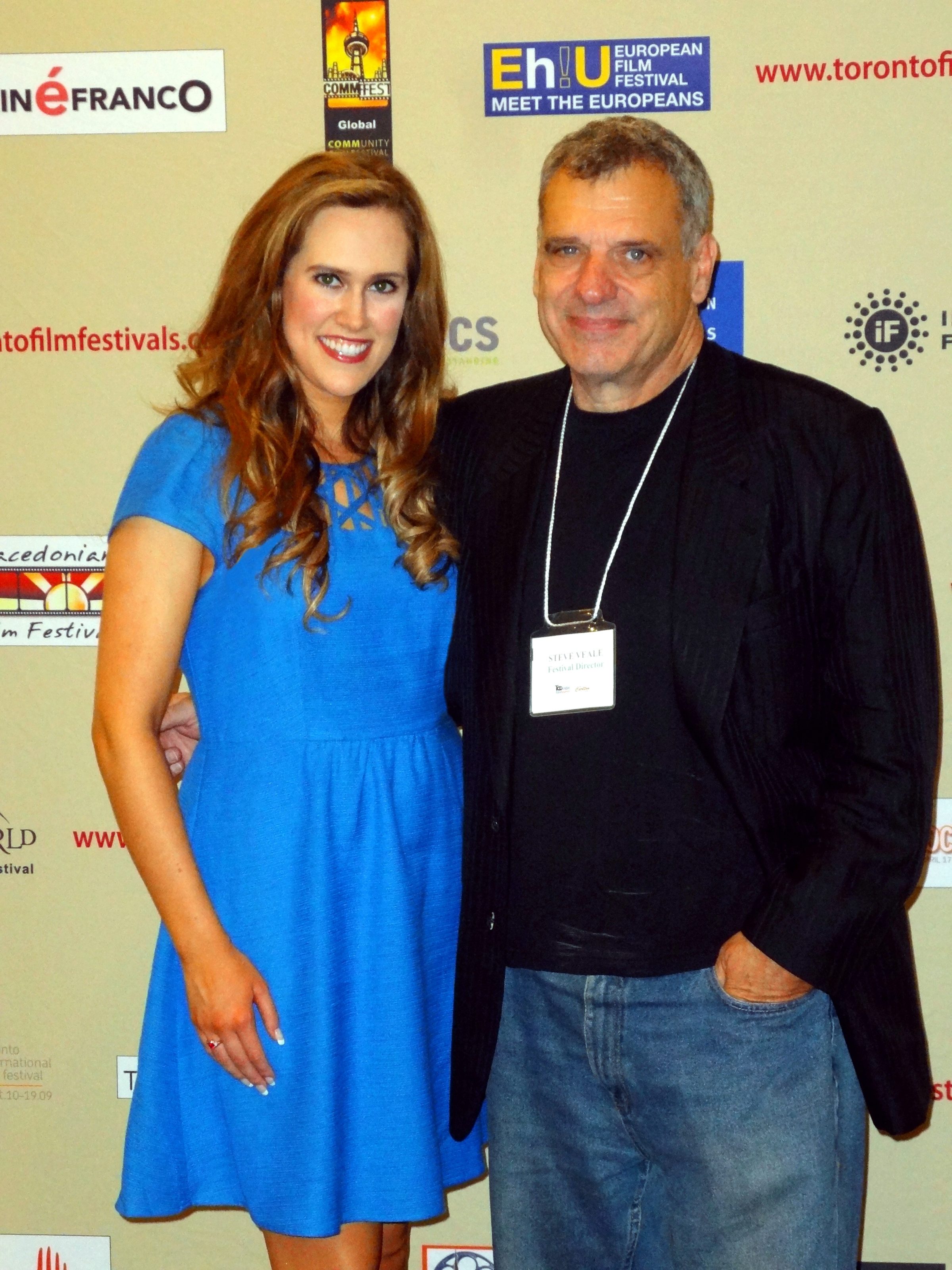 I couldn’t be more excited to announce that my short, In Memory Of, is premiering in this year’s festival. I’ll be at the Carlton Cinema in downtown Toronto on September 16th. Tickets go on sale September first. Details are on  Toronto Independent Film Festival.

Speaking of tickets. I just got mine for the flight to Toronto. I’m going to be covering the festivities in real time. You’ll love seeing the excitement, and meeting Steve. He somehow manages to handle a million festival tasks seamlessly while making friends and having fun.

I guess you can tell that I have a lot of fond memories from my last trip to Toronto. Here are snapshots from my upcoming short…